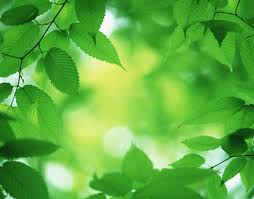 I fit the term “green eyed monster” a little too literally.  Lately, it’s pervasive not just in eye color but in mental states as well.   And I have various reasons for it’s justification.  Things not going so well, I can look towards the ‘current state of blah-blah-blah and look at blah-blah and it’s crappy that blah-blah and they don’t deserve blah-blah’ and well it’s become the blah-blah-blahs.  Jealousy is a seldom admitted but often feeling that is so unattractive and leaves me petty and miserable.  And yet it disguises itself well.  Root of it, well, that’s where the murkiness lies.  Insecurity, small mindedness, sense of some sort of loss, low self esteem, but ultimately it’s roots are somewhere in ‘I’m not enough-ness’ and in that state, well, it’s a sorry place to be.  But as humans, we can trace the roots of jealousy all the way back to infancy.  Studies have show infants as young as five months exhibit traits of jealousy.
So what can I combat this with.  When I look around at the current state of blah-blah.  A gratitude list is one way.  Being grateful cultivates a state of happiness.  If there is something that I want in another person or circumstance, wanting it, not coveting it, creates a state of lack.  Can I adjust this to a feeling of ‘this is something that I can attain and I am grateful.’   I’ll get back to you on the rest, for now, the human experiment continues….

I'm an actor/writer who loves cats enough to become a crazy cat lady but my husband won't support my habit. View all posts by Jennie Olson Six

This site uses Akismet to reduce spam. Learn how your comment data is processed.